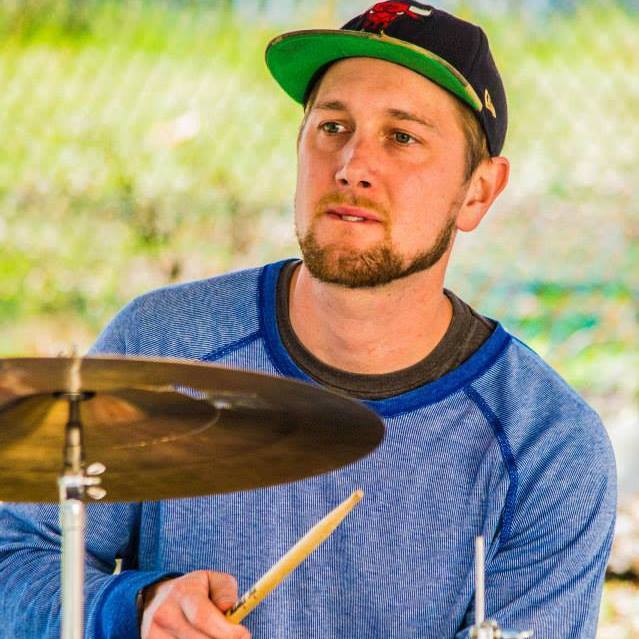 Next in the “Teacher Feature” lineup is Reid Muchow! Reid has been teaching at MTC for 2 years. He is a Springfield native and currently teaches percussion, piano, guitar, and vocals. Reid has lived in both Chicago and New Orleans as part of his musical journey, and has a huge variety of experience that he pulls from when working with all of his students. We asked Reid to tell us a little more about himself. Check out what he shared:

Tell us about your background.

I started playing drums on a drum set that I made out of boxes and duct tape. I played drums throughout high school and discovered my dad’s record collection which exposed me to genres like jazz, soul, funk, classical, and rock. This gave me an interest in learning many different instruments and in many styles of music. I studied music with professor Jane Hartman at LLCC in Springfield, IL for a 2 years and moved to Chicago in 2008 to study jazz music at Roosevelt University studying with drummer Paul Wertico (Pat Metheny Group), music theorist Scott Mason and composition and arrangement with Tom Garling(Buddy Rich, Maynard Fergusson).

After graduating in 2011, I performed internationally and nationally with several groups including Chicago based-groups The O’My’s, And The Heard and currently I am in Memphis blues artist Brandon Santini’s band.

What else have you done musically?

What is your favorite:

Day of the week – Friday

Music to play – anything as long as it’s good music!

Do you have a weird talent? I can pop my toes without my hands

What else do you enjoy doing? I enjoy playing with my 2 cats Lucy and Simba, reading, doing yoga and exercise, cooking, recording music, and spending time with my girlfriend Rachel.

For more about Reid, check out his personal website:  reidmuchow.com

Please join us in wishing a very Happy Birthday to

“Faster and faster, this train keeps going, when

‘Tis the season for a little MTC team holiday fu

It’s time for an update from our music therapy i

Despite all the challenges created by the pandemic